After a shaky 2020 when the Costa del Sol property market suffered acutely from travel restrictions, both at a national and international level, 2021 has told an entirely different story. Admittedly, during the first few months, things wobbled slightly as Costa del Sol buyers remained confined to their local areas, but from spring onwards, the market has seen ever-stronger growth in all areas. And as all of us who work in the property sector can testify, the second half of 2021 has been one of the busiest periods ever.

This report aims to provide a snapshot of different market aspects over the last year. It includes the latest statistics available for sales and prices, generally and for the resale and new-build sectors individually. It also takes a look at trends within the Costa del Sol property industry in 2021. 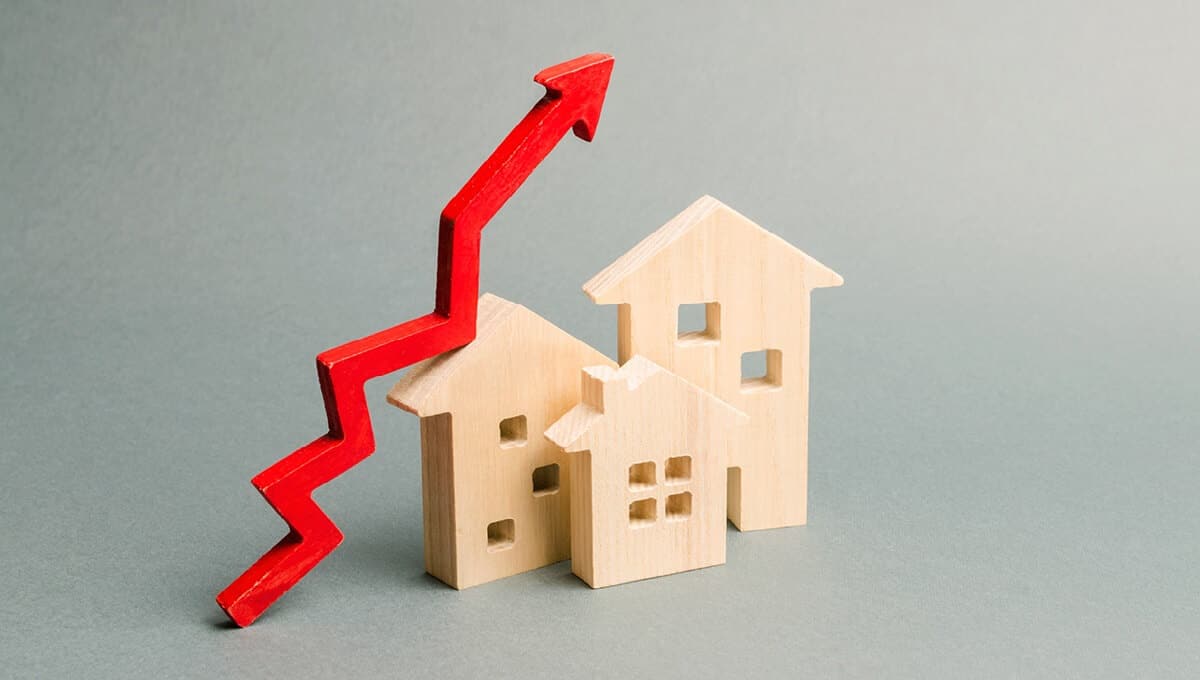 Sales of all Costa del Sol property in 2021

Transactions started the year with a 14.4% quarterly uptick, although sales fell by over 18% in yearly terms. However, the figure wasn’t as low as some industry analysts had feared and the quarterly surge pointed to brighter things for the spring and summer.

By the end of the second quarter, sales had picked up momentum and registered a 5.4% increase and all while international mobility remained severely restricted. But it was from the summer onwards that the Costa del Sol property market moved into fifth gear. By the end of September, sales of all property types went up by 27.5% in the quarter and by 23.6% in the year.

According to the Spanish Institute of Statistics, sales on the Costa del Sol in September were the highest for this month ever. Furthermore, figures for January to September showed a 41% increase in 2020, but more importantly, a 5.6% increase in 2019. The latter points to a full recovery and what’s more, a stronger market than pre-pandemic.

Back in May, Tinsa claimed that the Costa del Sol was “on the starting blocks” for a quick recovery, a prediction that the market has fulfilled. 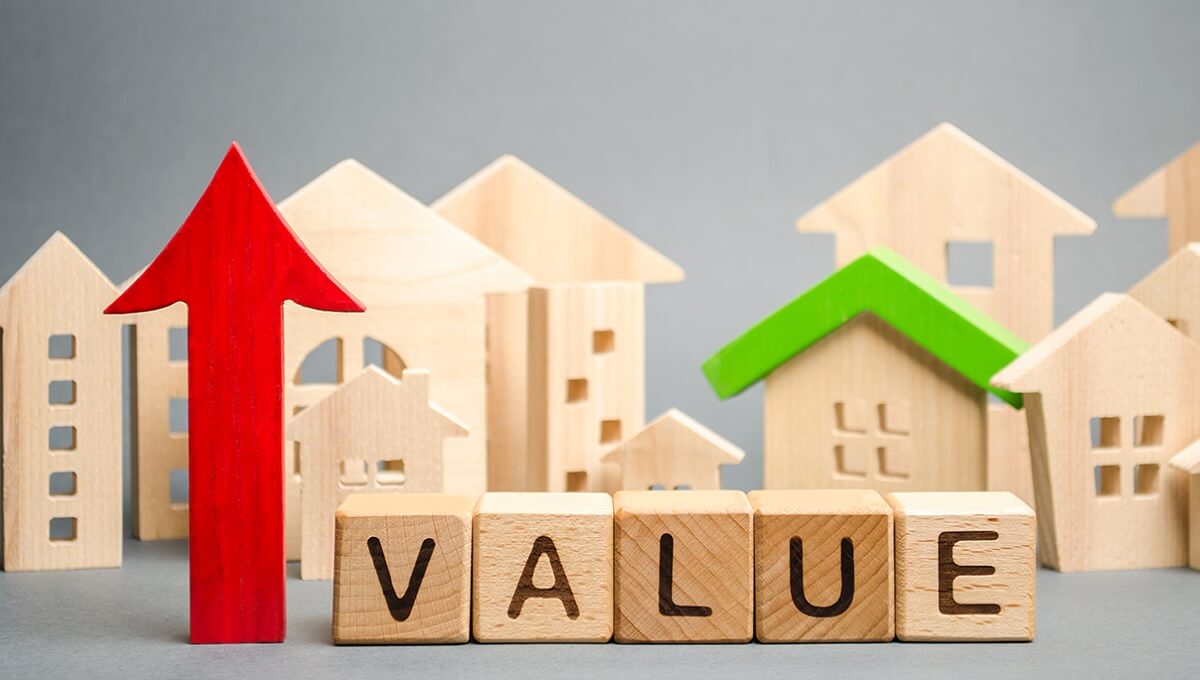 Like most property markets in Spain, the Costa del Sol has experienced steady price increases this year. According to the Registrars Association, prices went up by 3.9% in the first quarter of 2021. The second quarter saw a similar increase (3%), with a more moderate rise between July and September when they rose by 1.6%.

According to Tinsa (prices based on valuations), by the end of September, Costa del Sol property had increased by 6.1% in value in the year. This was the largest quarterly rise since the height of the last property bubble in 2007.

However, despite continued price rises throughout 2021, Costa del Sol house prices remain well below their 2007 peak. Specifically, they’re 29.5% off their highest 14 years ago, according to Tinsa.

Most statistics provide a picture for the Costa del Sol generally, an area that encompasses a variety of property markets and includes some of Spain’s most expensive real estate. Therefore, it’s worth putting the spotlight on specific areas to find out how they have fared over the last 12 months.

(figures based on asking prices on Idealista property portal)

Prices of luxury property on the Costa del Sol

This part of Spain has the highest concentration of high-end property in the country. A survey in the autumn revealed that 23.1% of property priced at €1 million is on the Costa del Sol, the highest percentage in Spain. The figure is slightly ahead of the Balearics, but well in front of Madrid with 15.1%.

In terms of ultra-luxury properties (priced at over €3 million), those on the Costa del Sol account for 36.8% (over a third) of the total in Spain. 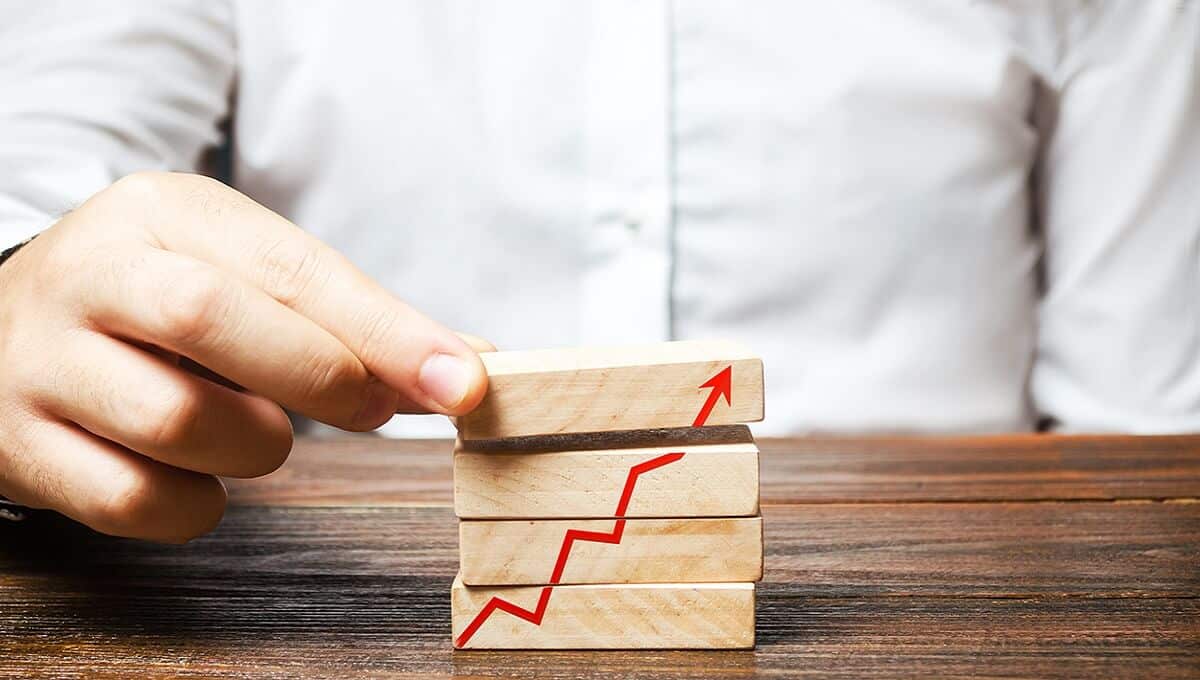 The new-build property market on the Costa del Sol

New homes tend to offer larger living space and higher quality finishes than resale properties. As a result, new builds have experienced something of a boom since the arrival of the pandemic. In both sales and prices, they have significantly outperformed the resale sector.

New development on the Costa del Sol has mirrored that in Spain generally. According to Collier’s latest report, Residential Report 2021, the first half of the year was the best since 2008. Sales of new properties rose by 44.9% compared to 2020 and by 23.9% compared to 2019.

Sales of new homes on the Costa del Sol

The Costa del Sol ranked as one of the busiest new-build markets in the country. By October, it had overtaken Barcelona to become the second most sought-after destination, behind just Madrid. In the third quarter, Malaga’s share of new-build sales rose to 8.9%, well ahead of Alicante (7.2%) and Valencia (6.1%).

Statistics from the Registrars Association for Q3 show that transactions for the new property went up by 47.3% in the quarter and by 48.3% in the year. Figures for resales are well below half at 22% and 16.9%, respectively. More significantly, new-build sales between January and September rose by 33% compared to the same period in 2019. Yet again, the Costa del Sol property market is consolidating its return to pre-pandemic levels.

Prices of new homes on the Costa del Sol

New homes follow a different price curve to resale properties – the average square metre for new properties at the end of September stood at €2,569, considerably ahead of the average €2,087 for resales.

This type of real estate has posted consistent gains throughout 2021. Between April and June, new-build prices increased by 9.8% compared to the same period in 2020. In the third quarter, the rise was only slightly more moderate (6.8%). 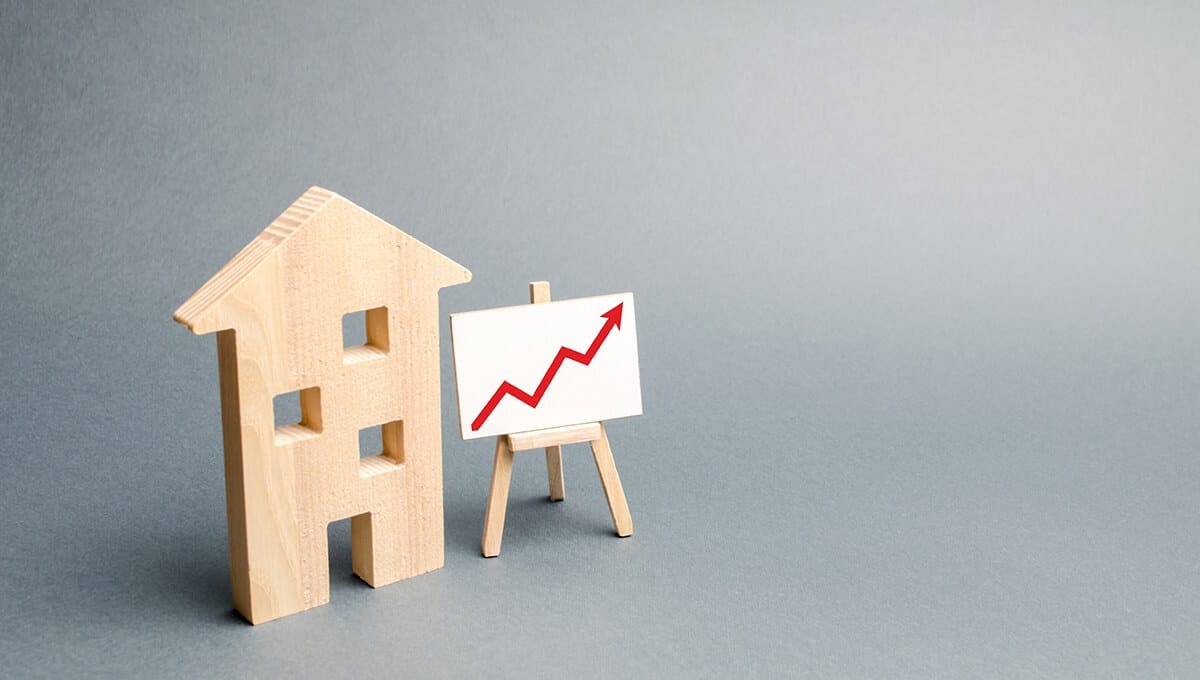 International buyers usually represent around 30% of the market on the Costa del Sol, an area that is heavily reliant on foreign demand. However, a prohibition on international travel in the first four to five months of 2021 curtailed this demand somewhat, although the final figures for sales between January and March represented 25.6% of the market share.

In the second quarter, travel restrictions were lifted within the EU, although several countries such as the UK (traditionally, the Costa del Sol’s largest foreign market) kept them in place. As a result, foreigners accounted for 26% of all purchases on the Costa del Sol, a marginal increase in the first three months of the year.

By July, Spain’s international borders were open, and foreign buyers were free to come and look at the Costa del Sol property. Activity, however, remained static and once again, the international share of the market totalled 26% in the third quarter.

While the foreign quota of the market stayed stable, the table of nationalities shifted slightly. British buyers have led the rankings for years and have always formed the backbone of the international market. However, in quarter three, this situation changed.

German buyers had the largest share of the market between July and September and made up 10.4% of the total. The British fell into the second position with 9.8%, followed by the French with 7.8%.

Analysts remain divided on the cause behind the shift with some attributing the drop in British buyers to the effects of Brexit. In contrast, others believe the reason lies in the pandemic travel restrictions. Time will only tell if this is a temporary switching of positions or a more permanent characteristic of the foreign market on the Costa del Sol. 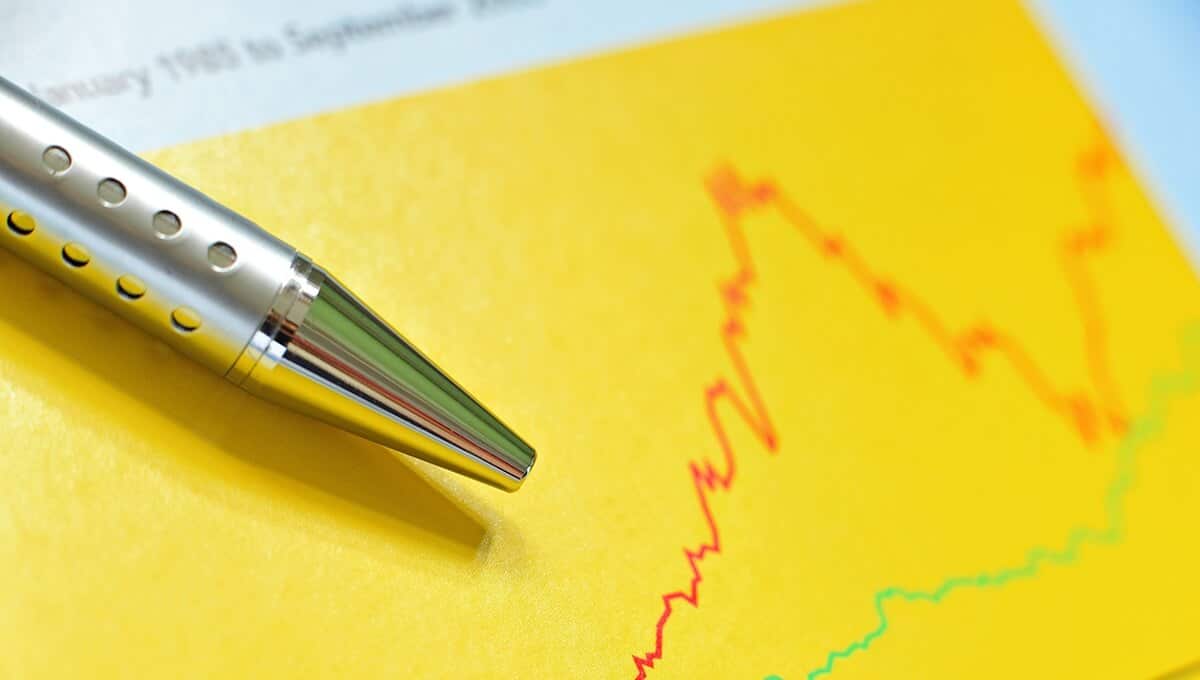 Demographics continued to put pressure on real estate as the Costa del Sol further consolidated its position as one of Europe’s most desirable places to live and work. The Costa del Sol experienced one of the strongest population surges in Spain this year, increasing by 1.5%. This was the third-highest in Spain after Madrid and the Balearic Islands.

Most of the new population chose Costa del Sol resorts as their new home rather than Malaga city, which welcomed just 15% of the new arrivals. As a result, the consolidated rise in popularity of coastal towns ensured steady demand for property from Manilva to Torremolinos. 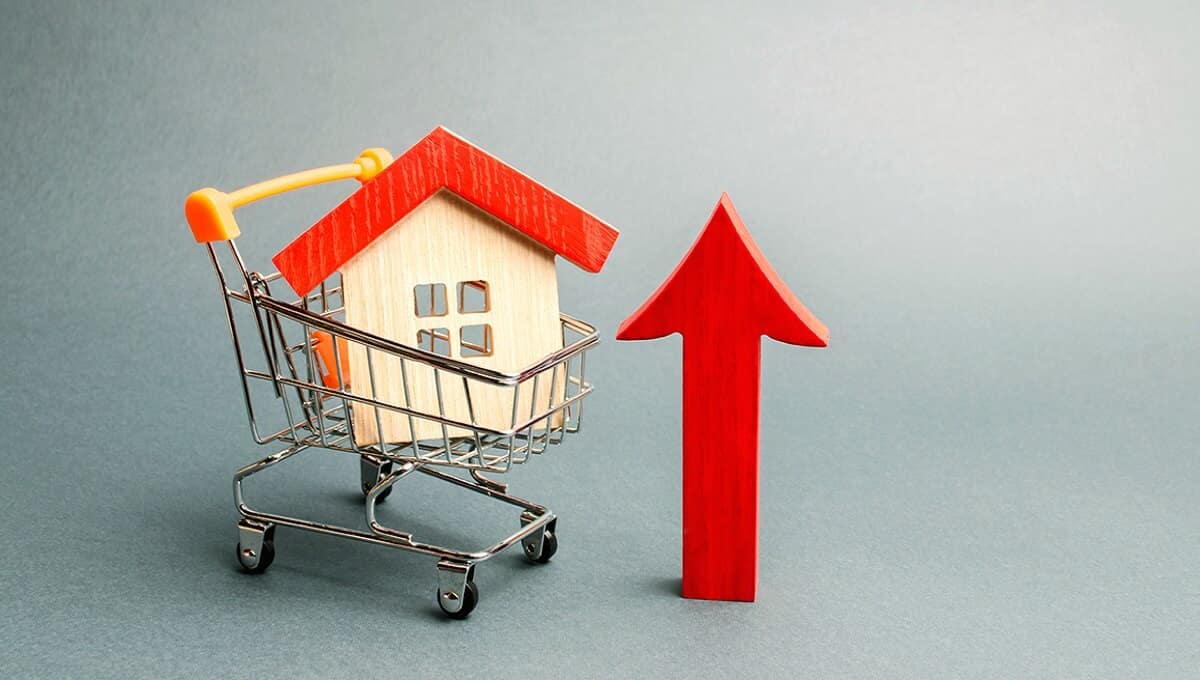 As the year concludes

In many senses, 2021 has been another rollercoaster year and with the emergence of the Omicron variant, 2022 could well follow a similar pattern. However, this year has been one of consolidation and steady growth for the Costa del Sol property market. Forecasts that demand for quality homes in the sun would skyrocket were fulfilled and this trend shows no signs of dropping, pandemic or no pandemic.

If you’re looking for your home in the sun, do get in touch. We know we’ll be able to find just the property to move you. 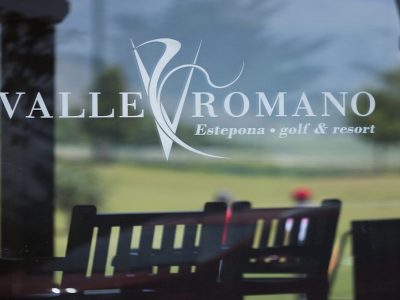 Valle Romano Residences – A new way of thinking about your holidays 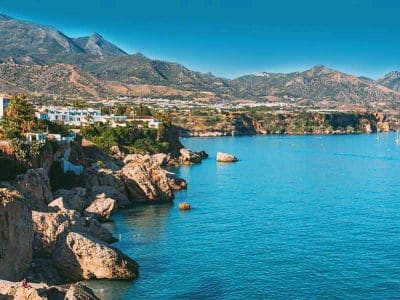 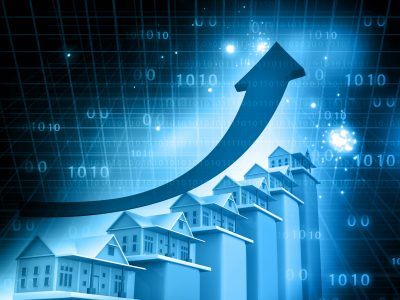 What’s in the store for the Spanish Property Market in 2018? 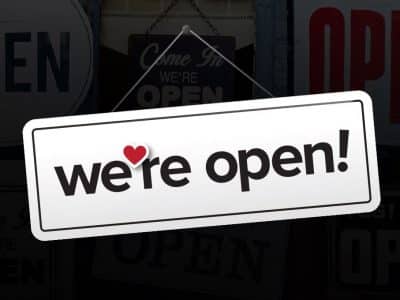 La Sabina is a contemporary development comprising 2 and 3…

Jo and I would like to thank Celeste for the very professional service that she gave us when we decided to move from France to La Alcaidesa. She was spot on in understanding our requirements and, when we found the right property,  she ensured that the whole conveyancing process went through very smoothly and quickly. But what impressed us was that, after we moved in, Celeste ensured that we discovered all the local services in the area. This was our 5th house move and we can honestly say that she helped to make this the easiest.

Mike & Jo from the UK